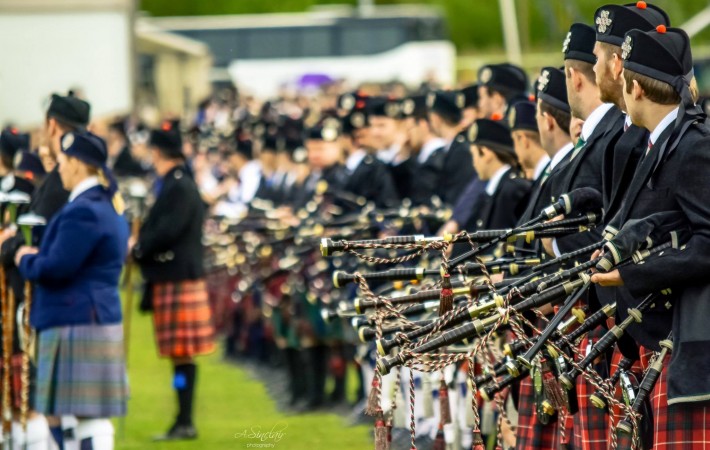 The contest marked the first major championship of the 2015 competition season. This year the competition moved to a new, larger venue at the Balbardie Park of Peace and the dry weather attracted thousands of spectators.

Eleven bands competed in the Grade 1 contest, each performing a March, Strathspey and Reel. Field Marshal Montgomery were the penultimate band to play in the late afternoon and drew their No. 1 set, Brigadier General Ronald Cheape of Tiroran, Blair Drummond and Pretty Marion.

Pipe Sergeant Alastair Dunn expressed his delight after the contest, “A great result today and it is fantastic to win the first major championship of the year. Technically and musically, there is little separating the top 6 bands, so all we can do is continue to refine our performances and aim for as perfect a chanter and drone sound as possible. Today, I thought the pipe section and drum corps were both excellent and the final result is fantastic.”

With thanks to Dronechorus, FMM’s winning performance can be viewed below.

The band will now shift its focus to the medley selections with the next contest being the UK Championships which will be held in the grounds of Stormont in Belfast, Northern Ireland on Saturday 13th June 2015.