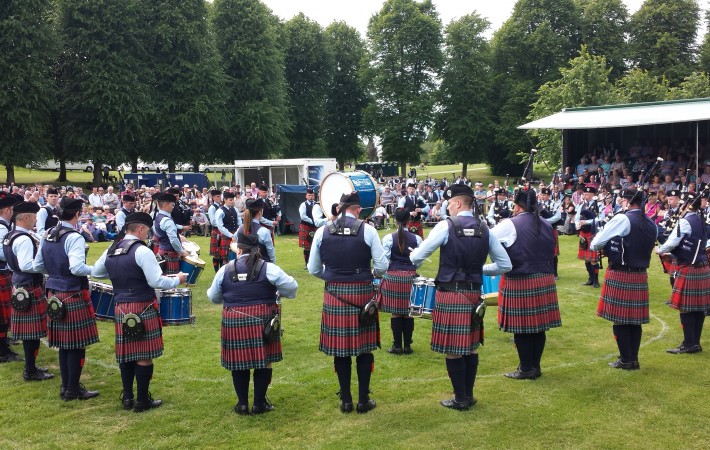 Field Marshal Montgomery finished second at the All Ireland Pipe Band Championships. This year, the contest was held in New Ross, Co. Wexford.

The band’s performances – torrential rain and all – can be viewed below.

The month of July sees a couple of weeks’ break from competition which will give players the chance to rest and prepare for the build up to the World Championships on 15th and 16th August. As Richard and Keith point out, “The hard work is only just beginning!”

The band will next compete on Saturday, 26th July at the Scottish Championships in Levengrove Park, Dumbarton. The band have drawn sixth and will perform an MSR at 15.05. We look forward to seeing you all there!