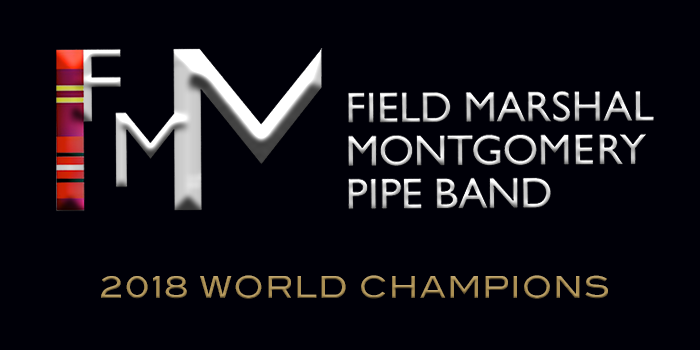 Glasgow, Scotland – Field Marshal Montgomery have been crowned Champions at the 2018 World Pipe Band Championships in Glasgow, Scotland. The win comes after the band qualified on Day 1 of the Championships for the final on Day 2, whittling the field down from 22 bands to 12. In the final on Day 2, the band won both the MSR and medley contests to secure its twelfth World’s title.

This historic twelfth win for the band makes Pipe Major Richard Parkes MBE only the second pipe major in history to lead a band to 12 victories in Grade One at the World Pipe Band Championships. The record was previously held unmatched by Pipe Major Ian McLellan of the Strathclyde Police Pipe Band.

Visit the band’s Facebook page for exclusive stories and videos from the day and in the hours after their win.