Sean is a Canadian-based piper with Irish roots, his father having been raised in Belfast and later immigrating to Canada.  Originally taught by Gail Brown, Sean now receives instruction from Bill Livingstone.  He is active on the solo piping circuit and his prizes include the 2015 Silver Medal at Inverness, two second place prizes in the same year in the 2016 Gold Medals at Oban and Inverness, the Open Hornpipe and Jig at Inverness in 2015 and regular prizes in the A-grade light music contests.  At home in Canada, Sean has won the Canadian Gold Medal, Former Winners’ Piobaireachd twice, and the overall prize at the Livingstone Invitational.

Sean joins FMM in 2019 after taking time away from being Pipe Major of the Toronto Police Grade 1 Pipe Band. He was previously a member of the 78th Fraser Highlanders and has won the juvenile and Grade 3 World Championships with the Milton Optimist Pipe Band.

Sean is a Toronto Police Officer, a University of Toronto graduate, and a father of two. 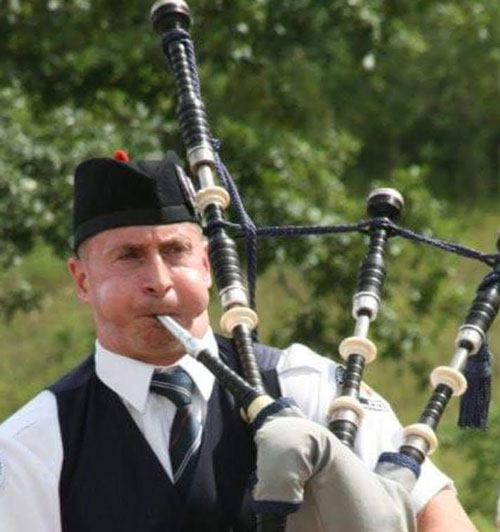