“Ian K” began playing at the age of eight years old and was taught by his father, P/M John MacDonald.

At age thirteen he received instruction from Jim McGillivray who introduced Ian and his older brother, Craig to Piobaireachd. This was the year he also became a member of the Toronto Police Pipe Band where he continues as a member, becoming Pipe Major in 1996.

In 1995 Ian won the Canadian Gold Medal and in 1997 he won the “A” grade Strathspey and Reel at Oban and Inverness. In 2016 Ian accomplished one of his career goals in solo piping by winning a Gold Medal. He was extremely delighted to have won both Gold Medals at Oban and Inverness in the same year. With this accomplishment, he received his second invitation to the prestigious Glenfiddich Piping Competition.

Ian is a Sergeant with the Toronto Police Service and a proud husband of the beautiful Brenda, and father to Colin, Cameron and the lovely Ashlyn. 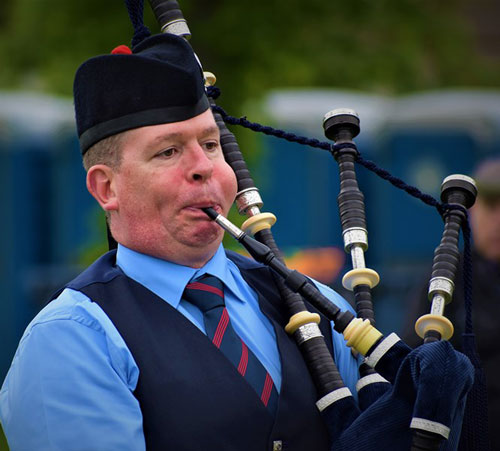