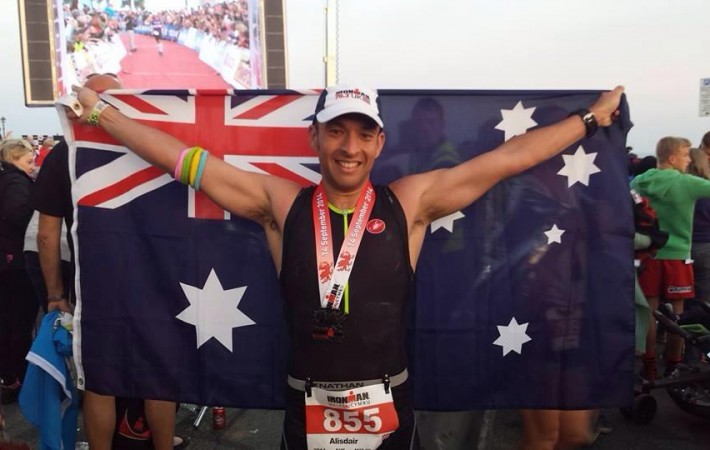 FM piper, Alisdair McLaren, was absent from the ranks in 2014 as he took a season off competing to chase his boyhood dream of becoming an Ironman.

A keen triathlete, Alisdair spent his childhood swimming competitively in his native Western Australia. “As a young boy, I had two dreams: to win the World Pipe Band Championships and race an Ironman. Having been fortunate enough to be a part of the band’s Worlds’ wins in 2011, 2012 and 2013, I felt the time was right to pursue my sporting ambitions.”

On Sunday 14th September, Alisdair completed Ironman Wales in 12 hours and 26 minutes. The gruelling event, which takes place in the beautiful Pembrokeshire National Park, is renowned as one of the most difficult Ironman races in the world. At 7am, Alisdair lined up alongside 2000 fellow triathletes to take on the 3.9km swim in the cold and choppy conditions of the North Sea, followed by a hilly 180km cycle, finishing off with a marathon run through the coastal town of Tenby.

“Training for an Ironman was very similar to playing with FMM. Both disciplines require a great deal of commitment and determination, not to mention the hours of hard work preparing for competition/race days. Crossing the finish line in Wales was a dream come true and the feeling of accomplishment was overwhelming. It made standing on the sidelines watching the band worth it (well, almost!). Whilst the band was competing at the World Championships I was embarking on a 6-hr training cycle! It was tough not being a part of the team this year, but I am very excited to be back again competing with the band in 2015.”

Congratulations to Alisdair on his fantastic achievement. 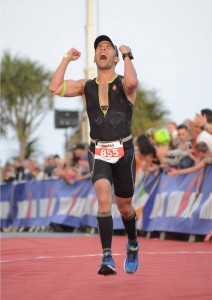