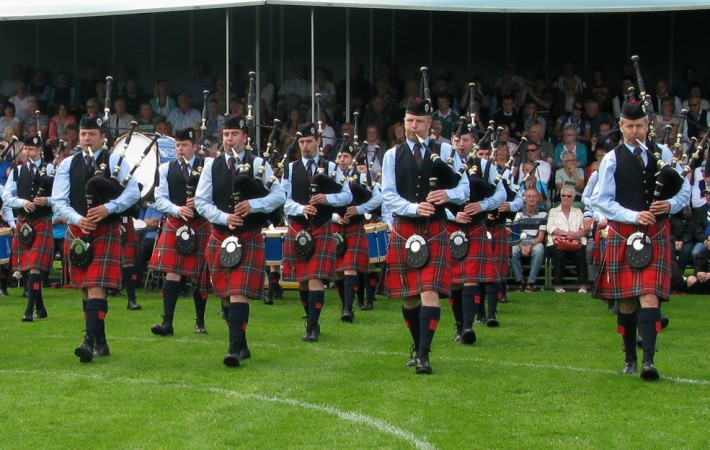 Field Marshal Montgomery kicked off the 2014 season with a win at the Co. Fermanagh Championships in Enniskillen with two firsts in piping, first in ensemble and 2nd in drumming.

Last year’s contest was rained off but the conditions were much more favourable this year and the band aired their new No. 1 medley.

Speaking after the contest, PM Richard Parkes commented, “Both the pipe section and drum corps have worked extremely hard over the winter, and it was good to start the season with a win. We are now turning our attention to next weekend and look forward to competing at the first major championship of 2014 – the British Championships.”

Join the band at the British Pipe Band Championships which will be held in Meadow Park, Bathgate on Saturday 31st May 2014. The band have drawn ninth in the programme and will perform at 16.20.

The band’s winning performance from the Co. Fermanagh championships.