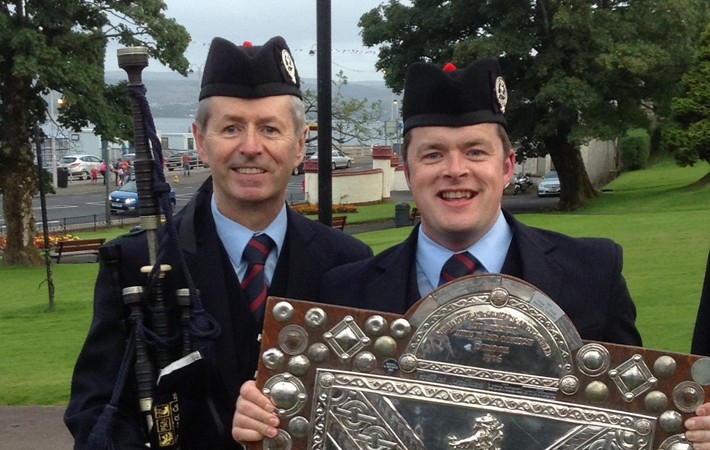 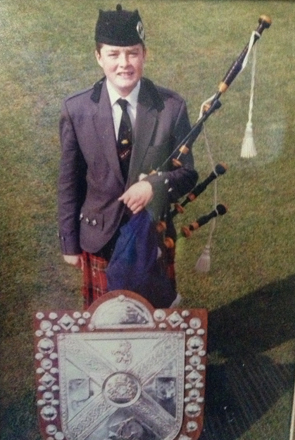 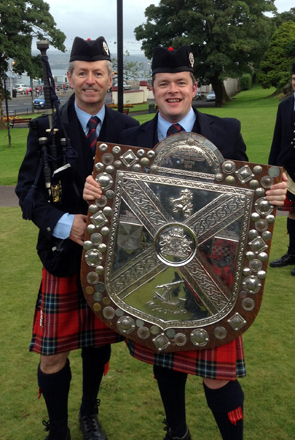 Not only did FMM’s victory at Cowal mark the band’s 3rd Grand Slam, it was also Brian Martin’s 50thRSPBA Championship win with the band.

Brian was a 13 year old member of FMM that won the Cowal Championship for the first time in 1990. Brian and Richard are the two remaining playing members from that first historic success – although Brian claims to have aged much better!

Brian says “Playing in FMM is a fantastic privilege and the success of the band since that first win in 1990 has been amazing. I’d like to thank my family for their support through the years and all the members of the band – past and present – who I have had the privilege of playing alongside.”

“I’d also like to thank two piping legends for their influence and support – Freddy Russell for his inspirational teaching and guidance and to Richard for showing belief in me all those years ago. Thanks to all for giving me some of the best moments in my life!”