Jake hails from Portavogie, Northern Ireland. He began piping aged five and has been taught by Freddie Russell and John Moles.

Prior to FMM, Jake played with Cleland Memorial and the Pipes and Drums of the Police Service of Northern Ireland (PSNI). Highlights of his piping career include playing with the PSNI in New York City, the PSNI’s successful year in Grade 2 in 2016, and qualifying for the Grade 1 World Pipe Band Championships final in 2017.

Jake is also a solo competitor, achieving numerous prizes such as the all Ireland and Ulster Champion titles. 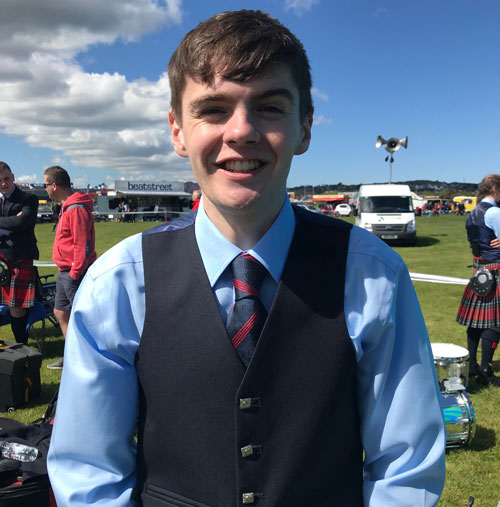