Bradley hails from Portavogie, Co. Down and joined the band in 2014. He is an accomplished solo player, having won every major prize in Scotland and Northern Ireland at Junior level. In 2011, he won the prestigious Northern Ireland Young Musician of the Year and in 2012 was crowned overall “B” grade winner at the Duncan Johnstone Memorial competition in Glasgow. Bradley is currently studying for his A-Levels and, when he isn’t piping or studying, he can be found on the football pitch playing for his local team, Portavogie Rangers FC. 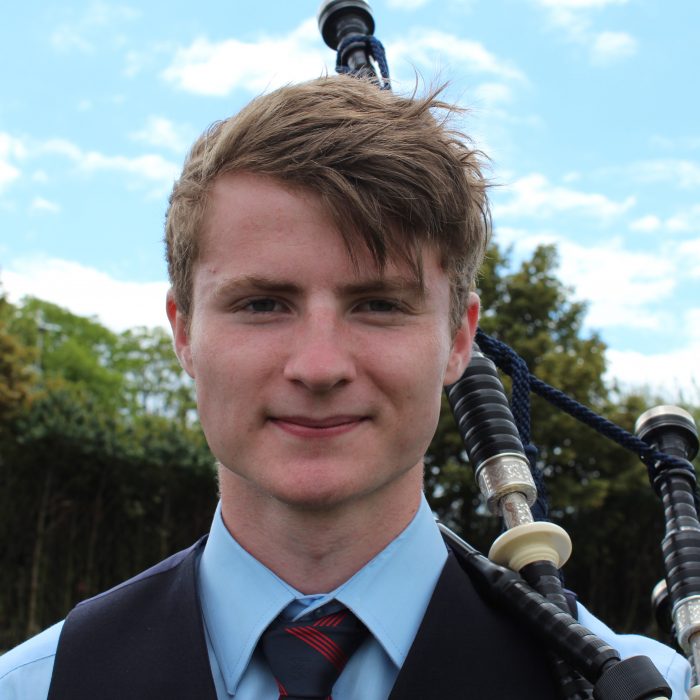